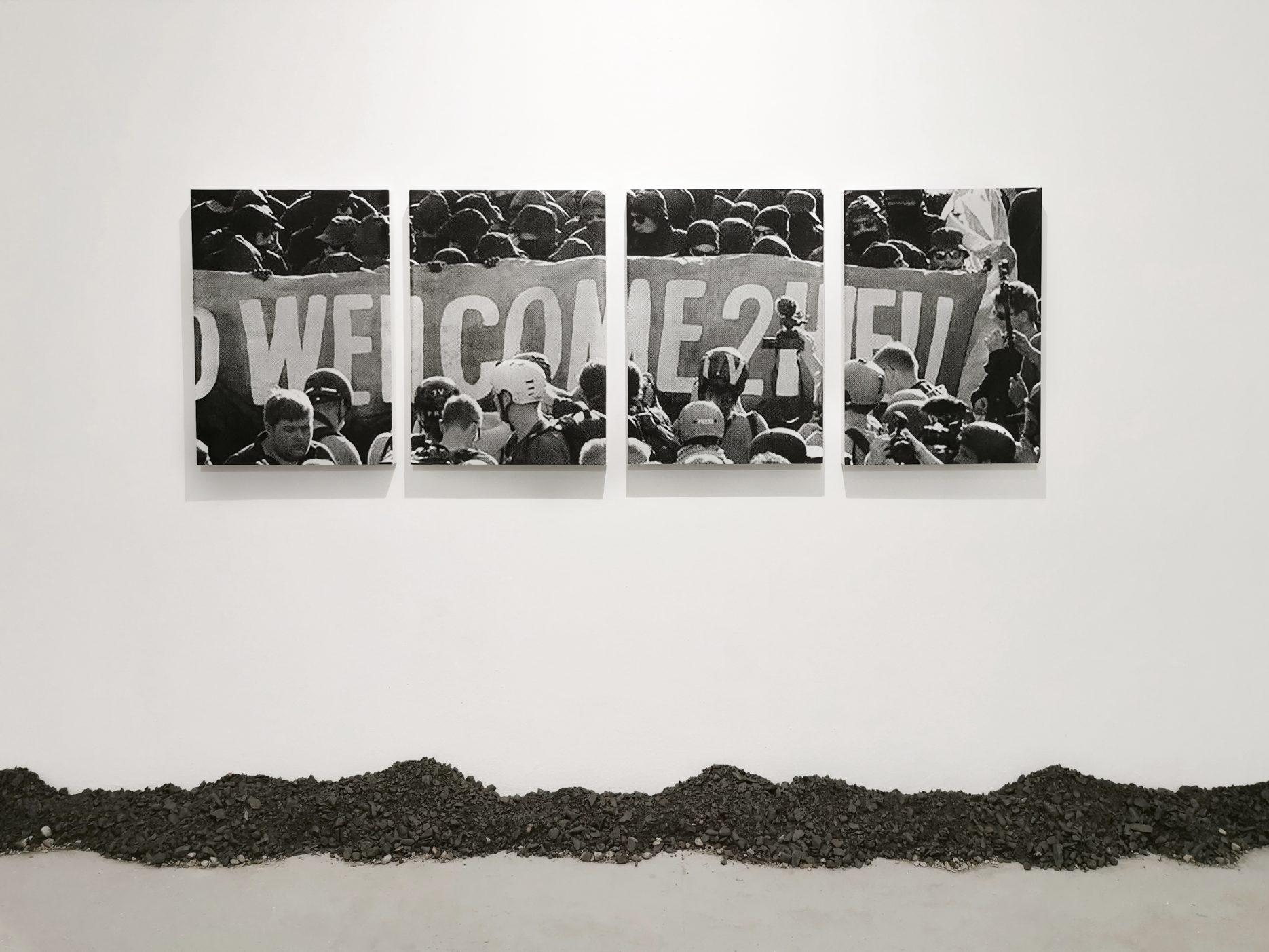 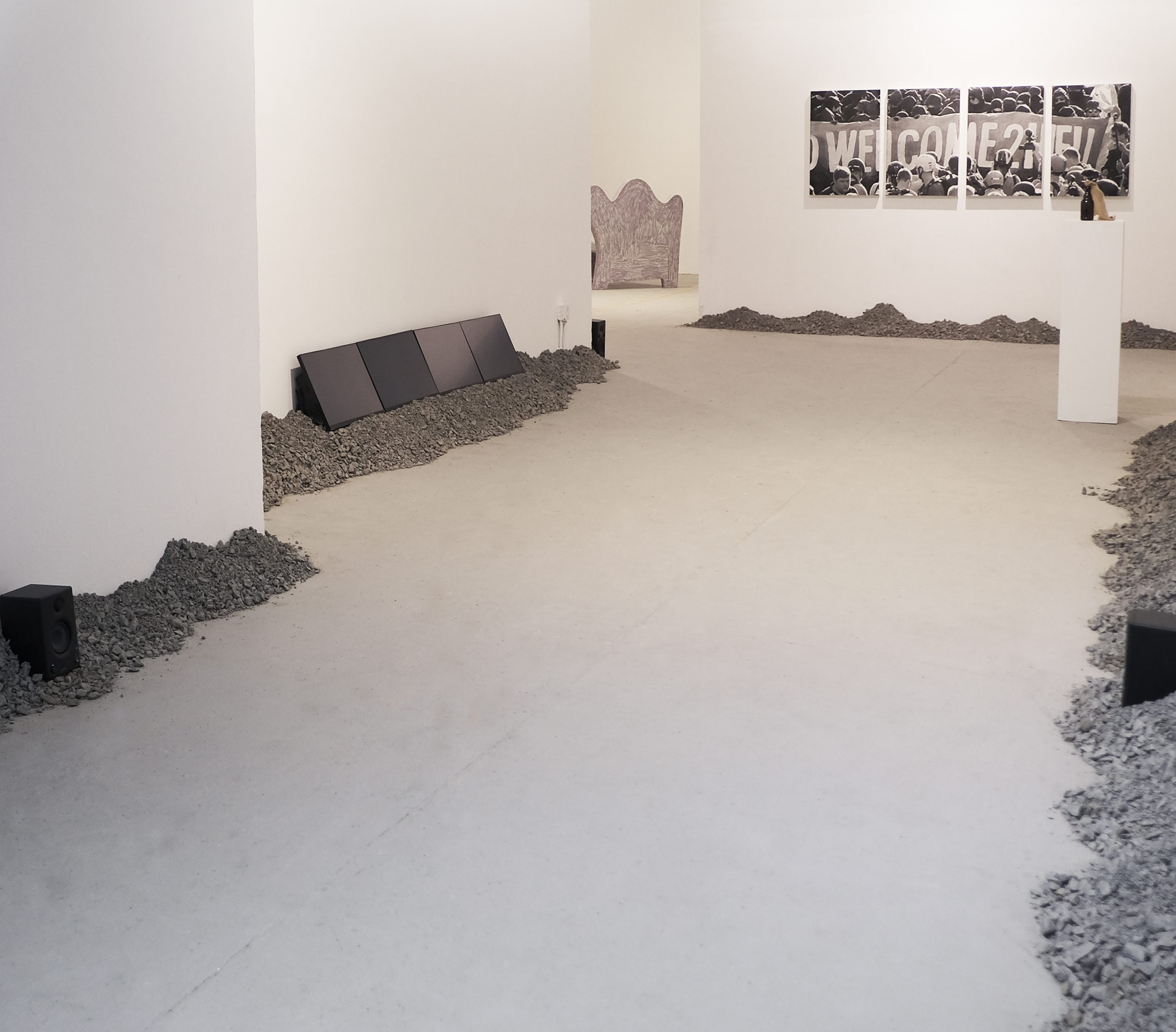 The four screen printed wooden pannels of Welcome to Hell show a newspaper photograph of a demonstration which occured during the G20 summit in Hamburg, Germany, in 2017. On the upper half of the image we see the uniformly dressed protesters, the so called ‚black block‘. On the lower part of the image we see various journalists wearing protective helmets. Usually, the press would gather in front of the armed police forces. The image is divided by a banner with the inscription ‚Welcome 2 Hell‘ being held by the anti-globalist protesters. What does ‚hell‘ mean under these circumstances? On which side would one position oneself? The work makes us reflect on the act of taking sides, on different forms of violence, on globalization, on the language of protests through the division of the image into parts and its – black and white – colors.